Our story: how we met

This is a story of how we met. And we have a lot of little stories that have built our entire book. It's like a compilation of short stories. It is glimpses of what could be throughout the different years of our lives. Little did we know that life was tricking us into togetherness all those years.

We were in the same high school. And we both had older sisters. I was a freshman and he was a sophomore. Our sisters were friends. I had my own group of friends. But he probably didn't have his own friends, because he was always following his sister around. I would hang out with my sister every now and then. You know, to ask for money or food, if I was hungry. Sometimes, I'd sit by their table in the canteen. I'd get a glimpse of his weirdness. He was always quiet, reading a book or something. I've never heard him talk out loud. He was such a dork. A dork that plays volleyball, that is.

There was this one incident where seniors were bullying me by stealing my volleyball. They were really tall guys. But I wasn't afraid of them. They were probably in the same year as my sister. But I didn't bother asking anyone for help. I could take them on, or so I thought. After 20 minutes of taunting and making me chase them, I kicked one of them on the shin. He got so mad. But he couldn't hit a girl, so they just didn't give me my volleyball back. Then came (future-husband-that-I-didn't-know-about-yet, let's call him Timmy) and a friend, Paul. Tim (being all smart) told them to "give the girl her ball back and I'll buy you lemon tea". The bully negotiated and said "no, coke". And thus, the drink was bought and the ball returned. I tried to thank him afterwards. And all he said was "yeah, ok". He was so awkward to talk to. He doesn't even look me in the eye.

When I broke up with my then boyfriend, I didn't want to sit with my friends at the canteen. They'd just ask me about it and I didn't feel like talking. I sat with my sister and her friends, instead. There he was curiously looking at me. I wasn't my cheery self. And he was the only one who noticed. It was probably the only time he talked to me with eye contact. He asked me if I was okay. And I openly told him about my breakup (I don't even know why I would tell him - of all people). And all he said was, "maybe you were meant for someone better." I was happy I got to unload. I was happy that it was him (of all people) that I got to talk to (even if it was the shortest heart-to-heart conversation in the world).

A few years passed. I moved to Manila. He moved to Canada. But it so happened that we were visiting Hong Kong at the same time - without even keeping in touch. For some random reason, we were both on MSN. We chatted for a little bit. And then he said he wanted to talk, so he called me up. Talking to him on the phone is even more awkward than speaking to him face-to-face. We haven't talked for years. And we don't even keep in touch. I do not know why on earth we would talk on the phone. What did we talk about? I don't even remember. I just recall a lot of dead noise.

Another few years passed. This time, we found each other on Facebook. We found each other and it were as though we were good friends catching up. We were happy and excited sending messages back and forth. There was clearly chemistry between us - 6000 miles between us. He was back in Canada and I was still in Hong Kong. We got each other's Skype and started talking there. It was crazy. We'd be on different timezones. But we'd stay up just to catch each other online. The awkwardness disappeared. He probably grew up or something and learned how to talk to girls. He would tell me jokes. We'd talk about everything - from movies, to politics, to our problems. We'd share secrets and gossip. We were like BFFs. He'd do his best to make me laugh like all the time. And yes, there was flirting. He actually knows how to flirt now. I was so amused.

Months passed. After keeping in touch over the internet for almost a year, we were good friends now. And clearly we liked each other. He tried asking me to be his girlfriend but I said no (since I thought he was joking around). Then I thought we'd be awkward again after that. But instead, it were as though nothing changed. He was still silly and sweet. And I was still very happy with our "online friendship". Until one day, he got really serious and he really did ask me out. This time, I have been thinking hard about it. I thought about how difficult this would be. I thought about the distance, the time difference, the who's-moving-where-if-we-do-get-serious. But I agreed and said, "let's see how this goes." 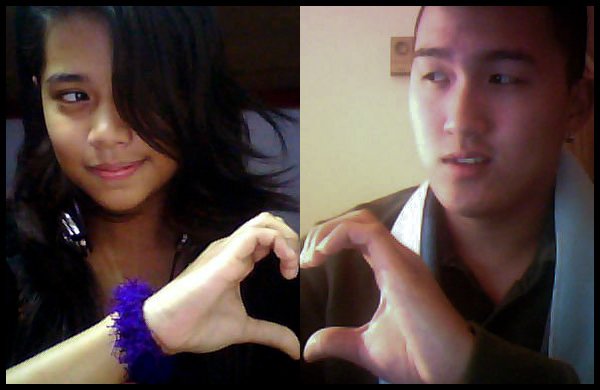 So there we were, "dating" online. We would stay up for each other. We would buy phone cards to call each other. Skype was constantly running. Our phones flooding with texts. And our laptops burnt out from our relationship. But it was the closest we've ever felt with anyone. Our relationship was both heartbreaking and heartwarming. A lot of people found us amusing, saying that they didn't see it coming. We were an unlikely two. But I loved us. I loved the way we knew each other better than most. I loved the time we were setting aside for each other. And it was the closest I felt with him.

A year passed. He was finally moving to Hong Kong. I remember this day like it was yesterday. I remember racing out of work to get to the airport just to pick him up. I remember seeing him standing there with arms open. I remember not hugging him back because he didn't call me during his stop over (petty me). I remember holding his hands for the first time. I remember all the feelings rushing over me. My heart beating faster and loudly like drums on my ears. It was nothing like I dreamed it would be. But I wouldn't change that day. I was next to him and it was all that mattered. 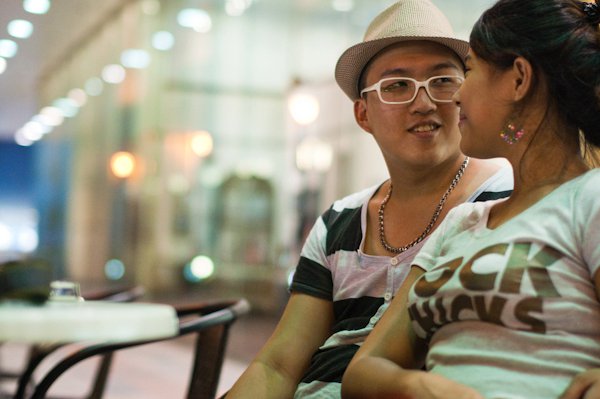 There were other stories in between the ones I've written. But they were short, yet constant. We would meet one year, and not during the next one. It were as though life was taunting us - giving us clues as to who God made for us. I was in and out of relationships during those years before him. I was in broken, hurtful, and damaging relationships. If only I knew God's plan for me in the beginning. If only I waited. If only I trusted God. But God knew me. He knew every corner in my heart. He knew me so well that he created this man who would love me despite all my brokenness. A man who would embrace every piece of my scattered heart. A man who has made me forget what heartache ever felt like. A man who has showed me a glimpse of God's love. 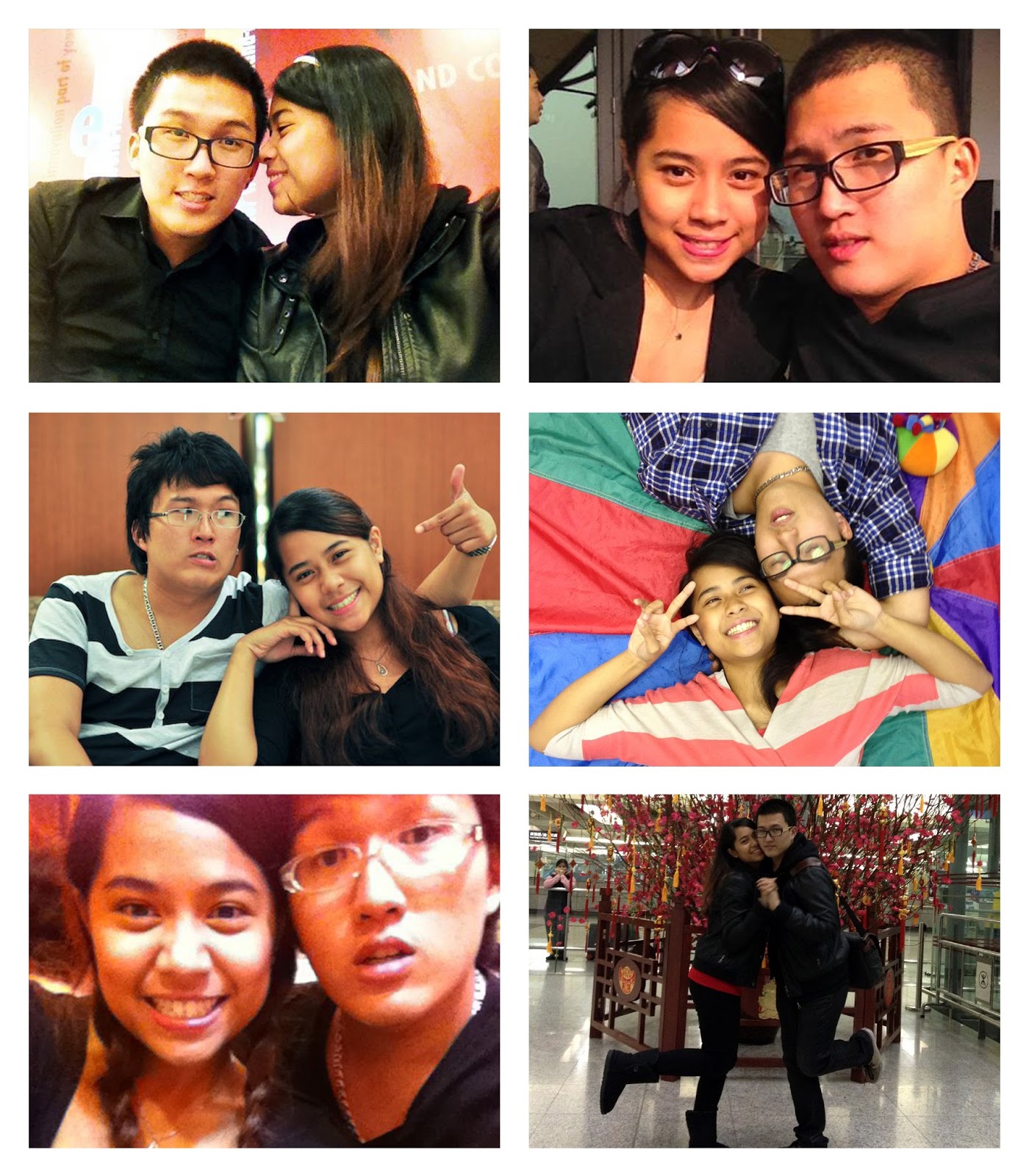 As I write this in our kitchen with a cup of coffee, He's fast asleep in our bedroom while I'm watching our two little ones play in the living room. I look around and inhale all the blessings that I never realized before writing all this down. I'll save the next chapter for some other time - the story of our little ones. But I like looking back to the first chapter of our book - how we met. I thought it would be nice to remember how once upon a time, we met again and again until we were ready for the love that was made for us. 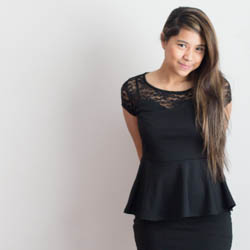 I'm 25 years old but always mistaken for a 16-year-old teenager. I'm a mom & wife who likes to rant. I'm always looking for a rainbow, even when there's no rain. I like the colour yellow, eating chocolate while reading books, and kickboxing. I married my high school crush. And we have two silly little boys, Zaki & Hiro. Read more about my awkward introduction.